The formation of APFSSH was inspired by the evolution of hand surgery as a specialty that embodies collaboration, excellence in patient care, research and education in the Asia-Pacific region. As early as 1979, Dr BB Joshi from India organised an “Afro-Asian Hand Meeting” and advocated the development of a regional hand surgery group. Although it was only till 1994 that the Federation was formed, Hand Surgery had a strong presence in the Western Pacific Orthopaedic Association since 1962, which was later renamed Asia-Pacific Orthopaedic Association in 2000.

The formation of APFSSH was not without its challenges. Some considered that the effective function of such a Federation would be difficult because of budgetary, geographical and cultural differences amongst the probable constituent societies.

However, this was the catalyst needed for the formation of APFSSH. Robert Pho from Singapore and Tatsuya Tajima from Japan communicated regarding the structure a regional group, its name and its members. These discussions continued at the IFSSH Paris meeting in 1992 and subsequently at the meeting conducted by the Hong Kong Society for Surgery of the Hand from 30 April- 1 May 1994.

It was at this Western Pacific regional education hand surgery programme discussion that representatives of all the founding societies, except India, were represented during which the name of the Federation and its objectives were established. A tentative structure and an acting Executive Committee was formed:

This committee was later confirmed at the next official Council meeting in Singapore that took place from 19-20 January 1995, and it was then that individual member societies had accepted a formal invitation to join the Federation. The founding APFSSH societies were those from

Since its inauguration, the APFSSH has contributed greatly to the advancement of Hand Surgery in the region including: 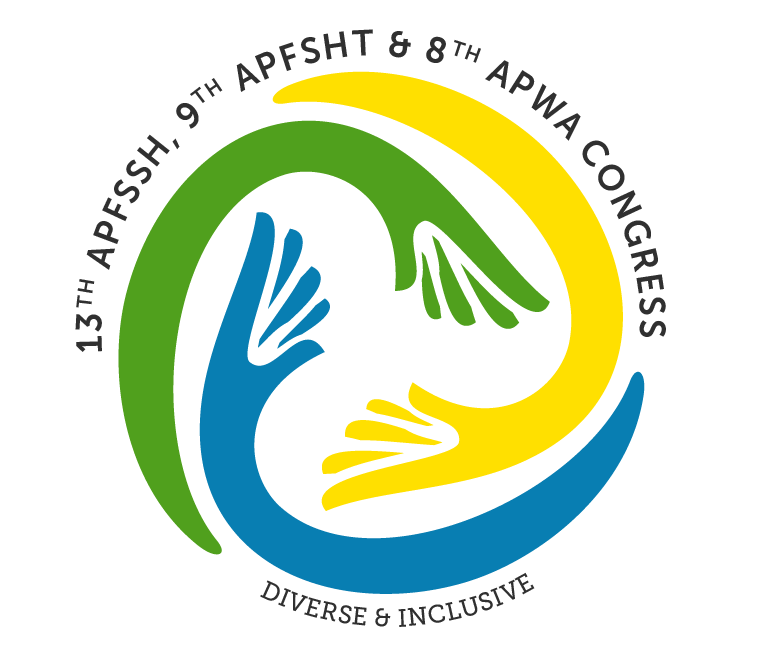 APFSSH is formed for the purpose of promoting the practice of hand surgery and coordinating the activities of the various societies for surgery of the hand in the Asia-Pacific region. Its main purposes shall be:

Amendments to the Charter, adopted in 1995, were accepted in August 2000 at the 4th Council Meeting in Chennai.